David Dorn, a retired St. Louis police captain, was shot and killed the other night while trying to protect a local store from looters on Martin Luther King Drive. David had retired from the St. Louis Police Department in 2007 after 38 years on the job. He rose from rookie patrol officer in 1969 to captain. When he retired, he then became police chief in […]

Recently, another American man was killed, this time gunned down while standing outside the Federal Building and U.S. Courthouse in Oakland, California. Dave Patrick Underwood isn’t a household name. His death didn’t make nearly as many headlines. But his life mattered, too, and his murder should displease every American. Underwood was a law enforcement officer in the Federal Protective Service. He and a colleague were […]

Us and our Neighborhood

In August, 1968, the country was still reeling from the assassination of Martin Luther King, Jr. four months earlier, and the race riots that followed on its heels. Nightly news showed burning cities, radicals and reactionaries snarling at each other across the cultural divide. But a brand new children’s show out of Pittsburgh, which had gone national the previous year, took a different approach. Fred […] 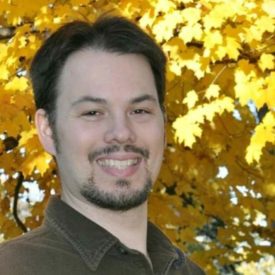 Tim Molter is the Sr. Pastor at Calvary Chapel of Fergus Falls and his Bible studies and services reflect his dedication to, and love of the Word of God. His every effort is directed to glorifying our Lord and leading all who would hear to the Mercy and Grace of God.Teachings & Bible Studies Pastor’s Picks – Recommend Resources